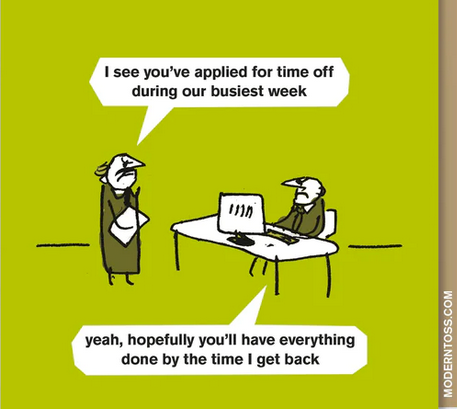 It’s that time of year when a new batch of freshly made Public Health Consultants roll off the public health specialty training scheme, and 80-ish new recruits begin their own journey. As my erstwhile training pal Steve Senior and I tick off our first anniversary as consultants, we thought it worth reflecting on. We wanted to share our thoughts and tips in the hope that it will be useful for other consultants and for those on or thinking about joining the training scheme, our consultants of the future.

Andy The training scheme is brilliant and prepares you really well for being a consultant.  It hasn’t felt like a huge leap for me, although that won’t be the same for everyone, I’m sure.  I’m not saying it’s not harder, or busier, or more stressful, because it is – but you are well prepared for it. There are some fairly hefty differences in the way you work as a consultant that take some getting used to though, and a few specific things that the training scheme may not prepare you as well for, like line management and budgeting, that you sort of have to learn as you go.

Steve A big shift for me was going from discrete project work that I could really focus on and polish, to juggling a wide portfolio.  The breadth is fun but the feeling of not really getting into the details can be frustrating.

Andy You have to get quite quickly used to ‘good enough’ being good enough don’t you? I imagine this is especially difficult for perfectionists. Like you, Steve…

Steve If you get a lot of enjoyment out of the technical end of public health – as I will admit to doing – you certainly have to be more selective. Which has been hard. But with that comes teaching and mentoring and supporting other people to do the technical bits. You also have to get comfortable with taking decisions, knowing which ones you can take yourself and when you need advice.

Steve Me too. I think that’s healthy. I think it would be a mistake to think “I’m a consultant now – I should know all these things and shouldn’t be asking for help.” Nothing changes on the day you CCT. Part of the job is judging risk. Which can be scary when you’re not as deep into the details.

Andy There is less freedom to just do whatever takes your fancy too, and rightly so – you’ve a job to do! The stuff I’d really love to do gets muscled out by the stuff I have to do most of the time. But there is still a lot of scope to make the job your own and follow your own interests and ideas.

“Is that your calendar? It’s f**king ridiculous”

Andy That’s an actual quote from my wife… I love the variety of public health and the fact I have my finger in so many pies and get to work with and learn from so many people, but it’s knackering.  I feel like I’m spread very thinly, swimming in emails I can’t respond to, and it can be mentally exhausting flitting from one topic to another. I often don’t get to spend anywhere near the time I would like on any one issue.

Steve I can relate. I’ve had to get better at prioritising: what’s urgent; what’s important but can wait; what has to wait. Many things are not as urgent as they may at first seem. Also knowing when it’s best to take the lead on something, and when to support and influence. And knowing when to ask for help. There were definitely points in the last two years when I’ve had to say “I can’t do all this” and ask for help to prioritise.

Andy Some people are naturals at organising and prioritising, but I’m not. I often think of the Red Queen in Alice in Wonderland: “it takes all the running you can do, to keep in the same place”. Then you get people like Steve and bloody Greg Fell, who is an absolute machine – they manage to read everything that is ever published, spend 29 hours a day on Twitter and still by all accounts do really well in their day jobs.  I don’t know how they do it. Maybe they are awful parents and husbands. I hope so.

Steve Actually, I spend at most 12 hours a day on Twitter, I skim read abstracts and, yes, I am a terrible parent. One of my children’s first word was ‘laptop’. My son drew a picture of the family as cats living in a tree house. And then, as an afterthought, drew me in a smaller tree off to the side, with a label ‘Steve always-working-cat’.

Working from home is great. And awful.

Andy I imagine becoming a consultant in 2021 was very different to becoming one just a couple of years earlier.  COVID-19 forced us all to work remotely full-time and proved that a lot of what we previously did in person was unnecessary. Seems ridiculous now that we used to travel all over the place for meetings, and I don’t miss long commutes every day. But I do miss people. I get far more done, but it’s also meant that working days often become relentless, with back-to-back meetings, no breaks, no time to read, catch up with colleagues or even to bloody think.  There are times when I feel like I’m morphing into a lonely, hunchbacked sack of eye strain. But then again, I often attend meetings in bare feet now.  Couldn’t do that in the old days.

Steve It took me a long time to start switching off at a sensible time. My desk is next to the kids’ bedroom and it’s taken a long time to avoid re-opening emails while they’re going to sleep. These days I properly shut down my computer and turn everything off at the mains. I tell myself I’m saving energy, but it also makes it that bit harder to just have one more glance at those emails.

Steve My kids used to at least knock, or try to come in without being on camera. Now they just kick the door down and tell everyone on my Teams call all about their videogame achievement/art project/new pants.There’s no doubt I get more done. And me being able to pick the kids up from school occasionally has made it easier for my wife to go back to work. But it’s also made figuring out how to (at least to pretend to) be a manager a bit harder. Scheduling Teams meetings just for a chat feels a bit awkward but is needed. And if I’m not careful I can easily get through a day without walking more than 500 steps.

Andy I do wonder whether one day we’ll look back as a society with regret at the push to do everything on a computer and the effect that has on our wellbeing, in the same way we now look back at the push to go everywhere by car and what that’s done to our environment.

Steve And virtual conferences can get in the bin. I went to an actual proper conference with real people and everything a few weeks ago. It was lovely.

Andy I remember real people. They were great.

Local Government, you shall go the ball!

Steve Some of this might be particular to being a consultant in local government (other flavours of consultant are available). There’s no getting around the fact local public health teams are a lot smaller than they were 10 years ago. And the breadth of work is greater than most other places where public health sits. But for me that was the appeal. And the fact that we’re close to our populations and to the delivery of lots of services. I find this makes it easier to see the value and impact in what we do.

Andy I really like working in a council and having the opportunity to influence all the big, wider determinants of health stuff like planning, regeneration, economic devlopment. Local government is a real Cinderella service in comparison to the NHS though, it’s undervalued by national government and ordinary people don’t really understand the massive amounts of stuff councils do; people think it’s just potholes and bins. We’re horribly over-centralised in this country and with more resources and power, local government could do even more amazing things.  I hope national policy gets there eventually and gives power back to local areas. I reckon I would have loved working in Victorian local government, they had much more freedom to get shit done back then. But they probably wouldn’t have given me a job, I’m too common. I’d have been in the workhouse.

Steve Or prison. I picture you in debtors’ jail for some reason. But I agree and I find it frustrating the way that local government often gets written out of the COVID-19 story, despite all the work we did like to set up testing sites, helping care homes and schools try to navigate all that guidance, deliver food and medicines, administer isolation support payments, and help make the vaccine programme a success – not least by providing half the buildings.

Andy It can be confusing and frustrating though, navigating the bureaucracy, deadlines and politics. But local government is definitely the best place for public health to sit isn’t it. Even though we’d get paid more in the NHS…

Steve Yep. It sounds corny but that bit in the definition of public health about it being about “the organised efforts of society” – the stuff we do together – that means politics, big ‘P’ and little ‘p’, and the processes that go along with that. I don’t see any point pretending otherwise.

Jack of all trades, master of… some

Andy We tend to know a little bit about a lot of things in public health. Steve is one of those annoying people that knows a lot about a lot of things, but for me there is usually someone in the (virtual) room who is more of a subject matter expert than me.  In fact I actively try to surround myself with people who know more than I do. I think one of the most valuable public health skills is not to be a font of all knowledge but the ability to have a discussion on pretty much any subject and make a valuable contribution.

Steve I do a very convincing impression of expertise but it’s all a con trick. I’m very happy for other people in the team to be the experts. It’s easy to take some of the public health toolset and perspective for granted but I’ve found the fundamentals can make a valuable contribution to a range of conversations.

Andy I hope I’m not just saying this because I’ve forgotten most of my data analysis skills… but I think your soft skills are just as important as technical public health skills.  Doesn’t matter how snazzy your graphs are if you can’t persuade the right people to take the right action.  It’s all about relationships, especially in such as external facing job, where you’re probably working with more people outside your organisation than inside it.

Steve My graphs are pretty snazzy though.

As ever, feel free to carry on the coversation with me (and Steve) on Twitter