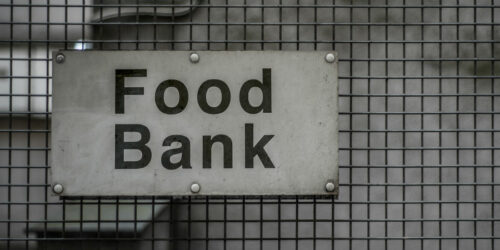 In health terms, ‘prevention’ basically means doing stuff that reduces risks to health.  Primary prevention focuses on the whole population to stop a problem occurring in the first place, for example through immunisation or discouraging smoking;  secondary prevention focuses on at-risk individuals and aims to nip an issue in the bud by detecting and treating it as soon as possible, like we do with screening programmes; and tertiary prevention aims to reduce the impact of an existing condition and maximise a person’s quality of life, for example through rehabilitation and ongoing support to help them manage their condition.  These definitions can just as easily be applied to other things like crime, injuries, addiction or violence.

The Government released their Prevention Green Paper in July, to what I might generously call mixed reviews.  There is some decent stuff in it but, as usual, it focuses mainly on secondary and tertiary prevention.  Most of the criticism was therefore around its failure (once again) to address the root causes of poor health.  It briefly mentions some of the wider determinants of health like housing, debt and transport, but doesn’t offer much in the way of action.

We don’t do nearly enough primary prevention. Proper prevention. Politicians tend to focus on policies like increasing access to mental health services (for those who already have poor mental health) or increasing prison numbers (to lock up people who have already committed a crime), but not on changing the social conditions which make mental illness or crime more likely in the first place.  Too much focus on fixing problems and not enough on avoiding them, so we spend a bloody fortune just trying to keep a lid on things. It reminds me of the Red Queen in Through the Looking Glass: “it takes all the running you can do, to keep in the same place”.

The problem with prevention

Perhaps one reason why the Green Paper failed to take off was the term ‘prevention’ itself. This pithy article by Sarah Lawson for the New Local Government Network, whose title I nicked for this bit, does a good job of summarising issues with the term, such as how it makes people think of health only in terms of desperately preventing crap stuff in order to save the NHS some cash, rather than as something to invest in for much wider benefits.

One of my own issues with the primary-secondary-tertiary definition of prevention is its breadth.  You can basically count anything as prevention, and that gets policy makers off the hook.  It lets them say they’re focussing on prevention when they’re not really. Even palliative care can be considered as tertiary prevention – it’s prevention of further suffering I suppose – but, well, come on…

I’d like ‘prevention’ to be used only for primary prevention.  Instead of primary, secondary and tertiary prevention we could have, say, prevention, early identification and intervention, and mitigation.  A politician therefore couldn’t take credit for spending a load on prevention through, say, a dubious screening program, because that’s early identification. Palliative care isn’t prevention, it’s mitigation of the effects of a terminal illness.  Just semantics perhaps, but if you’ve read my other blogs you’ll know I think that language matters.  It would at least make it clear what should – and shouldn’t – be included in a proper prevention strategy.  Starting with…

Poverty and inequality are perhaps the ultimate underlying causes of poor health, but they are barely mentioned in the Green Paper. That’s ridiculous really, as the chances of experiencing pretty much anything negative – obesity, being a victim or perpetrator of crime, illness, addiction, suicide, poor educational achievement, whatever – is increased if you are poor.

What’s so insidious about poverty is the long-term lack of freedom and power that it leads to; that constant fight just to scrape by, to afford the basics, to get to work, to keep your children clean and fed and happy. It’s absolutely knackering and demeaning and of course it can end up making you stressed and unhappy and ill, or drive you to drink or despair.  If someone has so many challenges in their life, trying to make any positive changes to just one is pretty much impossible, because of pressure from the others.  You could pay your bills on time, but then you’d have no money left for food.  You could work more hours, but you’re already knackered and the extra wages would go on childcare anyway. The term ‘shit life syndrome’ describes being trapped in this constant cycle of struggle, which leads to countless medical problems that have no medical solutions.  As Michael Marmot has so often said, what good does it do to treat people and send them back to the conditions that made them sick?

The potential health benefits from tackling poverty and reducing inequalities outweigh pretty much everything else, yet they are barely touched on in the Green Paper.  Whilst we do of course need strategies that focus on individuals and specific health conditions, for primary prevention – proper prevention – we need to focus on policies that change wider social conditions.  Nationally, I think we need One Prevention Strategy to Rule Them All, one that does exactly what it says on the tin:

So what should go in this Strategy? If poverty and inequality are the principal causes then we just need to focus on policies to get more money into the pockets of the poorest, yes?  A living wage, a functioning welfare system, perhaps even universal basic income (more on that one later)?  That would be part of it, certainly. Organisations like the Joseph Rowntree Foundation are doing great work in this area.  My first chapter would definitely be on eradicating poverty.  I’d probably just copy and paste the JRF’s stuff to be honest…

We’d also need wider economic policies and again I’d blatantly nick the ideas of people and places that are already doing great work in this area.  The idea of an inclusive, wellbeing economy – one in which the ultimate goal is to improve everybody’s health and happiness and not just to add some zeros onto some ethereal bank balance – is taking off.  There’s loads to read on this from the New Economics Foundation, the Wellbeing Economy Alliance, What Works Wellbeing and many others.  New Zealand are leading on this at national level, whilst closer to home the Scottish and Welsh are well ahead of the UK Government (as they are for so many things…), but there are encouraging signs here too.  Local areas in England are doing lots of good work around this and MPs are beginning to get on board, as this report from the All-Party Parliamentary Group on Wellbeing Economics shows.  Sheffield DPH Greg Fell has summarised a lot of what’s currently going on, and this Reasons to Be Cheerful podcast is a great, accessible introduction.

I won’t bang on about the points above because (a) it’s glaringly obvious to everybody (apart from those with the power to do anything about it, apparently) that we need to take people out of poverty and reduce the gap between the haves and have-nots, and (b) if the enormobrains of Marmot and the JRF haven’t convinced you by now, then I doubt a blog by an unknown idiot like me is going to.

If we did do these things though, would that be it? Problem solved?  No, unfortunately, because inequality is about more than income, as these two articles from the left and right of the political spectrum highlight (ah, common ground between those with different political views, remember that?).  Income inequality has barely changed for decades, but the gaps between the richest and poorest in terms of health, wealth, education, crime etc. have increased. The recently-announced IFS Deaton Review will look beyond income at inequalities in health, by gender, ethnicity, and geography.

Speaking of geography, a while ago I wrote a piece about Adverse Childhood Experiences (ACEs) and said:

If generally difficult lives […] are the root cause of ACEs, then I’m not sure we even need distinct ACEs prevention strategies; it’s the same as preventing everything else.  What we need is the funding and freedom to develop broad prevention approaches that focus upstream.  A living wage.  Clean streets.  Good, affordable housing.  Parks.  Stuff for teenagers to do.  Welfare. Jobs.  Childcare.  Good schools.  […] Proper help for individuals is absolutely essential, but it’s not really prevention is it?  We need to tackle the roots of the problem too.

This is what got me thinking about a general Shit Life Reduction Strategy, but it also occurred to me that many of the things I mentioned in passing – housing, parks, streets, stuff to do – are nothing to do with individuals or income; they’re about our surroundings.  Places, things; not people.  I’ve become more and more convinced that where we live is just as important as how we live.  The next bit of my strategy (and it is my strategy, right, so I can choose) – and my next blog will focus on this, and what I’ve started to think of as Shit Life Syndrome’s cousin: Shit Place Syndrome.