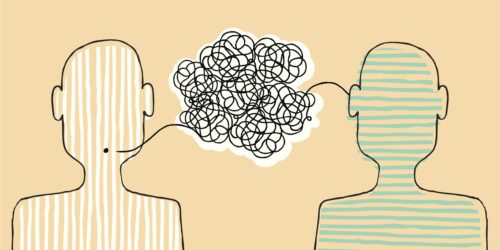 How many of you were inspired to work in public health because you wanted to champion a sustainable place-based locality-level social movement to address the underlying upstream determinants of health agenda through a transformative bottom-up asset-based community co-production approach?

Not me, because I had no idea what any of that meant.

For those of you working in public health, I bet you won’t be particularly surprised if I told you that I’d come across phrases including “proactively maximize multidisciplinary ideas” and “intrinsically harness professional methodologies” in a strategy document, would you?  I’m certain you’ve read similar elsewhere.  You may have even given yourself indigestion by writing something like that yourself.

The truth is that I didn’t actually read those phrases in a strategy, they were from an online random corporate bullshit generator.  But that is what we sound like…

When I began my public health career in a local authority in 2016 I’d happily floated through life without ever using the word ‘stakeholder’.  On joining I was immediately smacked across the chops by corporate jargon.  I thought it might have just been the culture of that council, or that perhaps public health became infected with management speak after the 2013 transition to local authorities.  But it predates that.  This tongue-in-cheek paper and commentary shows that public health was already fully in the grip of the management speak epidemic in 2007.

Yeah, you do.  Even if you’re immune to management speak, the public health bit of public health is also full of jargon. Normal people having normal conversations don’t say ‘risk factor’ or ‘morbidity’, do they?  We often don’t even refer to people as people, they become ‘service users’, or NEETs, or something equally impersonal.

Consider even the term ‘social determinants’, the Big Idea that underlies pretty much everything we do in public health.  I’m bloody certain I didn’t use the term ‘determinants’ before I came into public health. If my daughter was having a toddler strop I wouldn’t have asked “what are the underlying determinants of Audrey’s behaviour?”; I’d have said “why’s she being such a mardy arse today?”.

There have of course been lots of attempts to explain what the social determinants of health are and why they are important.  Michael Marmot has been banging this drum for years and has done a fantastic job of convincing us as public health professionals, but that’s not really translated into policy because the wider public aren’t yet onside, so the Government aren’t bothered.  Last year The Health Foundation published a very accessible introduction to the social determinants of health, which I thought was very lay-person friendly.  That’s great and useful and necessary, but… if we need a guide to explain what we’re talking about to the public, should we really be using the term ‘social determinants’ in the first place?  This blog by Richard Smith includes the following quote from Pritpal S Tamber:

We have to remember that “social determinants” is the language of the health system, the powerful. I increasingly use “social circumstances” to intentionally force people to think about what it means and not default to some stock understanding of “social determinants

Our professional language has become so second nature to us that we can’t imagine that it might be difficult for others to understand, but we are basically just human-shaped jargon spouts.  If you don’t believe me, have a look at the CDC’s Everyday Words for Public Health Communication; you’ll be surprised just how much of what we say is either misunderstood or not understood at all by those outside of our field.

I’ve been soaked in this world long enough now that I often forget how to talk like a normal person.  I sometimes struggle to explain what public health is to people, or even what I do.  ‘A bit of everything’ isn’t really an explanation is it? I’m sure my struggles to communicate are at least partly due to the fact that I’m an idiot, but it’s also because I suddenly realise that the words and phrases that immediately come to mind won’t make sense to them.

Jargon is often to used show off how clever your profession is, so that Bob Everyman and Karen Normalwoman know they couldn’t possibly understand, so best just leave it to us, eh?  You could argue that there is no real harm in this, I suppose.  After all, we know what we’re talking about don’t we? I guess that’s ok for private companies who are only really interested in profits and shareholders. For instance, I met a derivatives trader a while ago. He spent 20 minutes describing what that meant, and by the end of that I still had literally no idea what he was talking about.  Fine, doesn’t matter.

But we’re public servants, paid for by the public to do good things for and with the public. When the esoteric language of the boardroom and strategies is leaching into our public facing stuff too, we’re in trouble.  I don’t care if the public understand trade or finance, but I do care that they understand what we do and that we understand what the public wants from us.

Everything we do in public health is supposed to be for the public good, but we talk like we’re not really of the public we serve.  A bit like – dare I say it – politicians. We all bang on about the need to engage with our populations and the importance of co-production, then we try to do it by using phrases like ‘engage with our populations’ and ‘co-production’.  Real-life humans don’t use these words. I don’t say to my wife “Becci, I think we should engage with one another to co-produce tonight’s tea”.  No wonder we’re struggling to sell the importance of public health.

I’ve discussed some aspects of language in public health within other blogs (e.g. here and here) so will try not to repeat myself, but in essence I think that we public health types already have somewhat of an image problem.  People don’t understand what we’re for. We’re often not really considered to be part of the communities we serve, we don’t live in those areas in most need and generally make our decisions from behind desks. If we do get out into the community we show up in shirts and lanyards, obvious outsiders.  Using posh language just reinforces this impression.

The NHS is absolutely chock-full of jargon too of course, horribly so (Julian Patterson is a master of highlighting this; reading his blog should be compulsory before writing any strategy).  But, in the main, the NHS has already done its job of convincing the public of its importance. Public health hasn’t, and we bloody well need to, because politicians won’t change tack on public health issues unless they know the public are as pissed off about them as we are. We’re not going to get them pissed off by speaking a different language.

An example… last year I co-wrote a piece with Laura Wharton called A social movement for health and resilience in Blackburn with Darwen, which was included in a World Health Organisation ‘compendium of inspirational examples’.  All very nice, people liked it, good feedback, looks good on the CV, warm fuzzy feeling, lovely stuff.  Here are some comments left on the local newspaper website article about it:

Wallop.  Nailed it didn’t I?  Now, I know that people who comment on local newspapers probably aren’t representative of the population and the article itself didn’t do a great job of explaining the purpose of the report, but I reckon a sum total of zero regular residents cared about that WHO report.  One other commenter said maybe we should be focussing on stopping vehicles parking on pavements, so wheelchairs and buggies can get past.  People don’t know what we do, and we don’t communicate effectively with them about what they care about.

I should say here that there is absolutely nothing wrong with reports written by professionals for other professionals.  I love the stuff the Kings Fund, Health Foundation, Local Government Association etc. etc. put out.  Cleverer people than me writing stuff that makes what we do easier and more effective? Fantastic.  Their reports are useful and important, showcasing good work and sharing good practice, but they’re not designed for public consumption.  Neither was ours – by reporting it in the local rag all we did was make people even more bemused about what we actually do.

I’m not advocating ‘dumbing down’. We do need our own phrases and technical language, but we also need to know how and when to use them appropriately. It probably is appropriate to keep using terms like ‘social determinants’ and ‘inequality’ publicly whilst trying to make them better understood (as the Health Foundation and FrameWorks Institute are doing), but I don’t think it will ever be appropriate to use corporate bullshit. An easy way to stop that slipping into our public facing language is to stop using it altogether, even in our internal meetings. I doubt many people would miss it.

What can we do?

We all know we need to communicate the importance of public health more effectively and I know that the language we use is only one small aspect of that, but it’s one that each of us can change immediately.   I’ve probably been a bit harsh in this blog because there are hundreds of examples of public health people and organisations communicating really well with the public, but I still see more examples of the not-so-good.  Some initial thoughts on how we might get better:

9 thoughts on “Public health has a language problem”